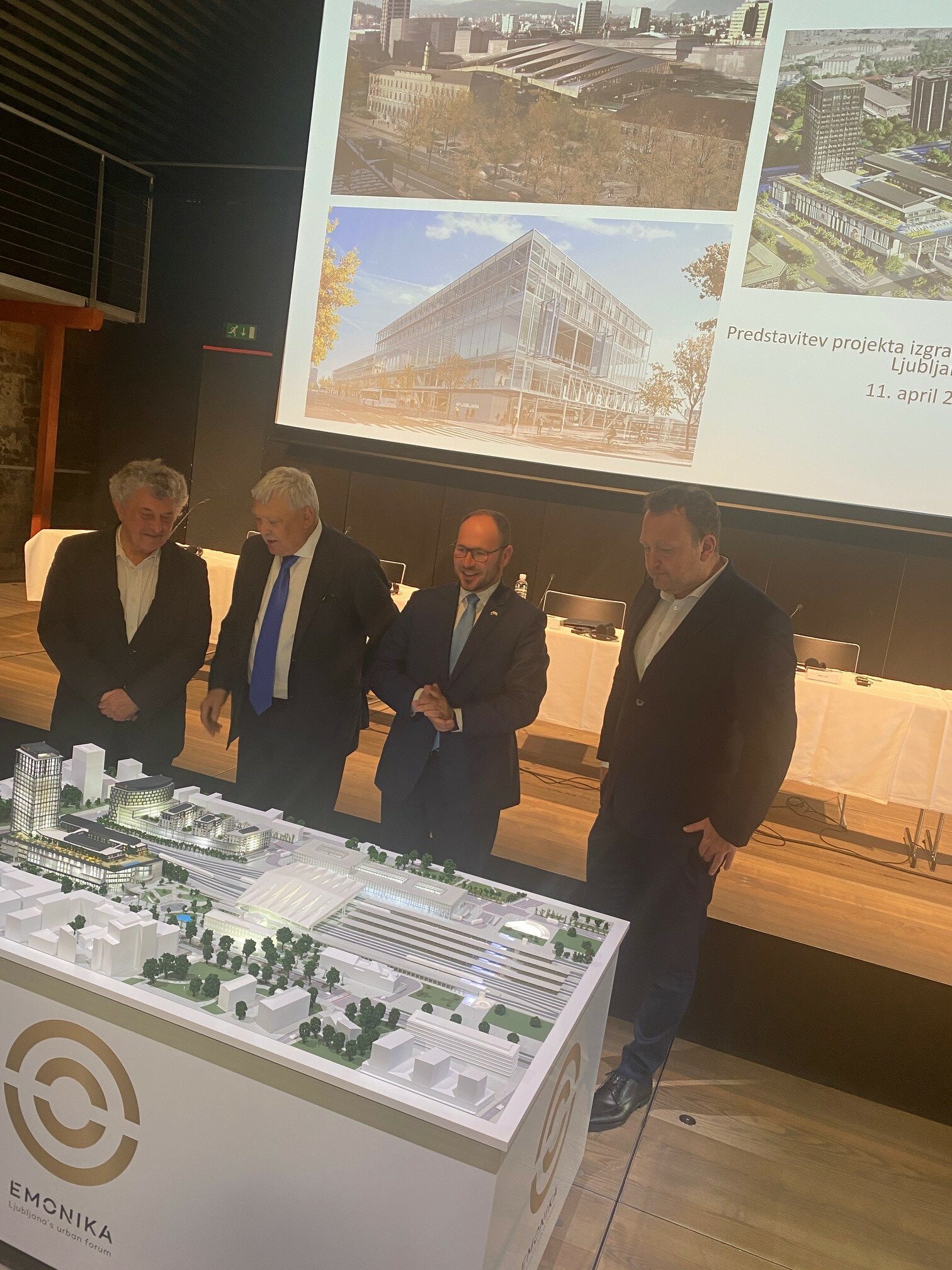 An event was held at the Ljubljana Castle earlier this April about Emonika, a large-scale infrastructure project to build a new passenger centre in Ljubljana, Slovenia’s capital, which will comprise a brand new bus station with a car park, a commercial complex (a business tower, hotel, apartments and a shopping mall) and an upgraded train station. The project, which is being financially supported by the government, the national rail company Slovenske železnice and Mendota, a subsidiary of OTP Bank, the largest commercial bank of Hungary, was presented by a number of prominent speakers, including Director General of Slovenske železnice Dušan Mes, the Minister of Infrastructure Jernej Vrtovec and Ljubljana Mayor Zoran Janković and Deputy Mayor Janez Koželj.

Sándor Csány, the Chairman of the Board of Directors of OTP Bank – the parent company of Mendota, which will be building the commercial complex – emphasised that this particular investment is more than just financial returns – it is a project we can take pride in. He considers Ljubljana a fantastic city which deserves a beautiful station.

Slovenian Infrastructure Agency is financing the construction of the train station and trackside infrastructure, with Slovenske železnice to build the bus station and Mendota the commercial complex.

Planning and delivery of the project will be as time-efficient and cost-effective as possible and transparent at all stages. Emonika was classified by the government as a priority strategic project, which notably speeds up the investment process. The passenger centre will play a big role in boosting ridership levels across all public transport modes. The Minister of Infrastructure Jernej Vrtovec stated that all necessary permits to start engineering work should be obtained by the end of 2022, with project slated for completion in 2025.

The project to upgrade the train station and the associated rail infrastructure – which has Slovenian Infrastructure Agency providing the funds and arranging the construction work – is expected to cost around EUR 111m.

Director General of Slovenske železnice Dušan Mes stressed that the new train and bus station – along with new rolling stock (72 passenger trains) and other recent major government investment in rail infrastructure – play an essential role in modernising public transport.  He added that the infrastructure in its current condition falls short of what the city, passengers and the country need.

The Ljubljana Passenger Centre, in particular its train and bus station, have a crucial role in modernising public transport.

The funding is provided by Mendota Invest, which is a part of OTP Bank Group, and Slovenske železnice, with the city of Ljubljana to build the utilities infrastructure and new entry and exit points.